Author: time: 2017-12-07 source: OFweek Electronic Engineering Network
Editor's note: at present, the wafer generation market is divided into three strong points, Intel, Samsung and TSI are all actively preparing for the war. While the market is China these big military a hotly contested spot, with the China market will have the whole world. The wafer Market simmering, the winner is still unknown.

The use of currently available chips are mostly 10nm process, and in the process of smaller, has also caused a reign of terror. Due to the shrinking process, the traditional lithography technology has reached the limit, and it can't solve the need of more precise exposure imaging. Only when we use the shorter EUV protection (extreme ultraviolet lithography), can we accurately record the circuit diagram. In the next generation of wafer submissions, the 7Nm process is expected to win. This year, Samsung's revenue has gone beyond that. It has been overshadowed by the 7Nm process and the failure of Moore's law. It also made the Intel of the original semiconductor process a bit of a sitting duck.

In September 19th of this year, Intel, who had been silent for a long time, launched a demonstration activity about process technology and foundry in Beijing, trying to use data to prove to the outside world who is the real king in the semiconductor field. Even on the PPT of guests' speeches, TSMC and Samsung's name appeared. This is very rare before, but it also proves that the other two enterprises have given Intel enough threat.

With AI, big data, IoT application products of explosive development, the demand of advanced technology chip is also increasing, while the global market can now scanty Fabs advanced process, mainly to Intel, Samsung, TSMC as representative, and advanced technology foundry profit rate is very impressive, so the three game player is clearly not exit in this area easily.

The nuances of each one has his good points

EUV is an essential tool for 5nm production. Samsung will take the lead in EUV when it produces 7Nm next year, which also enables Samsung to adapt to EUV ahead of schedule, and is expected to accelerate development. In contrast, the first generation 7Nm process of TSMC will still use traditional infiltrating microfilm technology, and the second generation will use EUV. 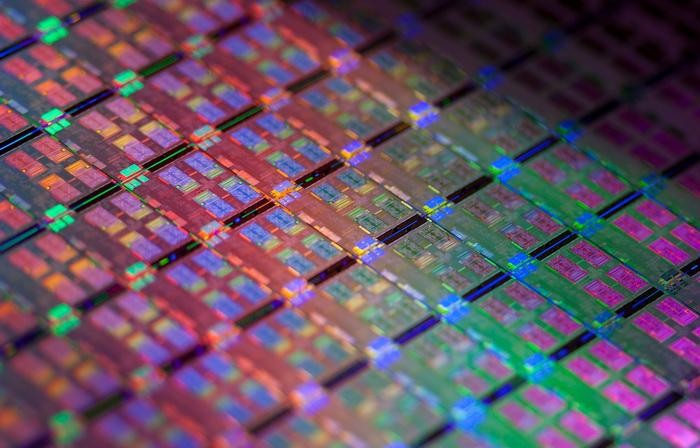 Samsung also said that in addition to the 8nmLPP in 2017 (Low Power Plus low power enhanced version) process risk trial production, will also launch 7Nm in 2018, at the same time, Samsung also said that 2019 will be launched in 5, 6nm process, and in 2020 will be put into operation and import 4nm surround type gate structure.

Although TSMC is the first to take the lead in the production of 7Nm, but as Samsung is preparing to use EUV technology ahead of schedule, it will not be known who will lead the following development. At the same time, AMD's Ryzen processor this year has used the 14nm LPP process provided by grofonand.

Therefore, the situation is now Intel pack ring feeding, all the competitors are struggling to catch up. However, in the face of this situation, Intel also showed the PTT display at the time of the conference. At present, the 10nm process of Intel is still far ahead of Samsung and TSI.

In the 10nm process, the minimum gap between the Intel products is reduced from 70nm to 54nm, and the minimum metal spacing is reduced from 52nm to 36nm. The size reduction makes the density of logic transistors reach 100 million 800 thousand transistors per square millimeter, which is 2.7 times that of the previous Intel14nm process, about 2 times that of other 10nm processes in the industry.

According to Intel, there are 7 sets of EUV systems in 2015, and now there are 14 sets, of which are 8 sets of NXE3300B systems and 6 sets of NXE3350B systems. But Intel has also said that photoresist will not introduce EUV for the time being.

Hand in hand and challenge the challenge

But in some time ago, Intel, TSMC and Samsung will buy 3400B lithography as many as 27 sets of ASML production, to know the ASML production of EUV3400B lithography single price of more than 100 million euros, of which most orders came from Intel, Intel was obviously not that much calm on the surface, for the new this technology is still very fancy. 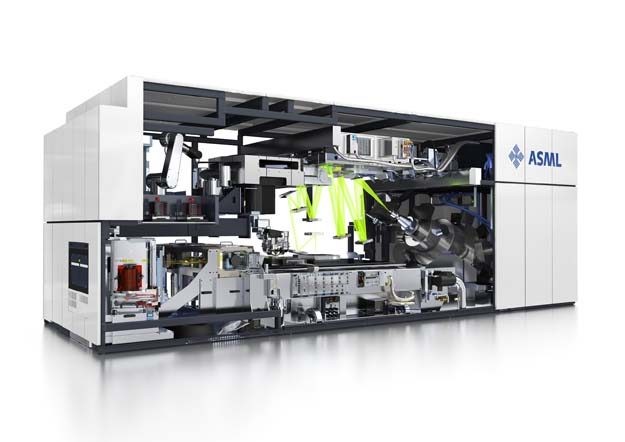 However, in addition to the need for EUV, FinFET (Fin Field-Effect Transistor fin type FET) is also needed to be developed. The operation is on the gate transistor (gate) is able to control the current through the chip, but smaller, current channel width becomes narrower, it will be difficult to control the direction of the current and future FinFET I'm afraid not enough to use, so many people think that GAAFET (Gate-all-around FET gate ring field effect transistor) is the best solution.

At a time earlier this year, Samsung, core and IBM jointly launched the world's first 5nm wafer technology, and made using EUV and GAAFET technology. Samsung expects FinFET to be difficult to use after 5nm, and 4nm will use GAAFET.

Since the technology is available, then there must be a corresponding buyer. At present, the Chinese market has become the most important market for the big chip giants and the wafer foundries.

According to foreign media reports, the world's high-end wafer foundry market has been rising, reaching 23 billion U.S. dollars in 2016, of which 58.5% from China's consumption, but China's Fab accounts for only 25% of the world's total. Therefore, this also allows all the manufacturers to see the business opportunities of China's huge market. It also makes Intel realize that it is possible to win the Chinese market, and that Intel will speed up its production in China. For Intel, it is a key point in time, Intel and Chinese body partners through OEM business, based on 14nm and 22FFL FinFET to Chinese market.

But now more customers or master TSMC hands in Taiwan, including Qualcomm, apple, NVIDIA and HUAWEI Hass, mediatek. TSMC also recently revealed that in addition to the trend of 3nm technology wafer, Zhang Zhongmou, founder of TSMC, said that TSMC will build 2nm wafer factory in 2020, and the plant will be set up in Taiwan area.

As previously expected, the construction of 3nm wafer factory is expected to cost $20 billion, is expected to boost the economic development of Tainan, but even the building began in 2020, the earliest production would have to wait until 2023, that in 5 years we can hardly see the processor TSMC 3nm process.

Generally speaking, there are three strong separation situations in the foundry market now. Intel, Samsung and TSMC are all preparing for battle. Every player wants to get smaller nano process technology ahead of time, so that they can occupy more market share. While the market is China these big military a hotly contested spot, with the China market will have the whole world. The wafer Market simmering, the winner is still unknown.