Home About us Industry information Product promotion corporate culture news
The "all interconnected" era is approaching and the terminal of the Internet of things will be in bloom in 2018  (2018/3/1 22:26:03)

Author: time: 2018-01-04 source: advanced manufacturing industry
Editor's note: in recent years the three operator's voice and flow of income has gradually peaked, looking for a blue ocean become a common issue throughout the telecom industry. It is in this context that the Internet of things is expected to be expected, and the industry has accelerated the construction of the investment in the Internet of things, hoping to seize the tuyere and win the business opportunities.

The age of "the interconnectivity of all things" is gradually approaching. Since 2017, NB-IoT (narrow-band Internet of things) has been large-scale commercialization in China. Major telecom operators and network equipment providers have stepped up the pace of industrial layout, and are expected to drive the domestic Internet of things industry to take off. Experts say that the era of Internet of things is coming, but the development of Internet of things is often faced with the phenomenon of fragmentation of technology and application. To overcome this difficulty, we need to unite all sectors of the industry, increase openness and cooperation, and build a big connection and great cooperation ecosystem. 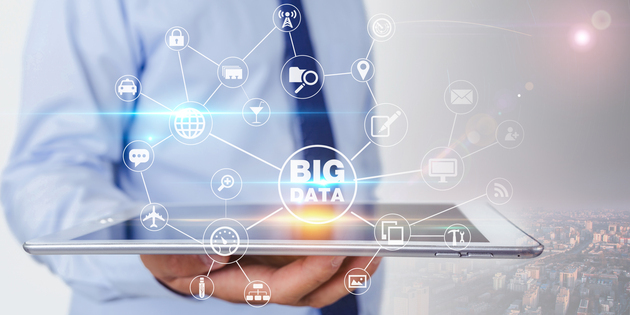 In recent years the three operator's voice and flow of income has gradually peaked, looking for a blue ocean become a common issue throughout the telecom industry. It is in this context that the Internet of things is a great hope for the industry, and the operators have accelerated the construction of the investment in the Internet of things, hoping to seize the tuyere and win the business opportunities.

In the recent 2017 IOT industrial summit held in Shanghai, China Telecom, China Mobile and China Unicom three operators have indicated that they are actively planning the next generation of IOT network. Zhu Ming, deputy general manager of the China Telecom Internet of things, said that the China Telecom has already laid out the next generation of Ipll networks in advance to provide connection management services to the world. In the future, China Telecom will focus on three directions in the field of IOT business, which are deep ploughing smart city, vertical industry and individual consumption.

"NB-IoT has entered the commercial year of business in 2017." Ye Lingwei, deputy general manager of China Mobile Internet of things, said China Mobile realized the continuous coverage of NB-IoT in 346 cities by the end of 2017, and provided networking services for the industry. By 2020, the total number of China Mobile connections will exceed 1 billion 750 million. In order to promote the development of the industry, China Mobile will provide a special subsidy of 1 billion yuan NB-IoT module.

"With the arrival of the era of mobile Internet with 5G technology as a benchmark, the interconnection of all things and the perception of all things are becoming a reality." Xu Huijun, chief technology officer and executive vice president of ZTE, said that, on the one hand, Internet of things technology, especially the wide area Internet of things, is developing rapidly and maturing. On the other hand, the Internet of things industry is ushering in a new market outbreak. According to some advisory bodies, the number of Internet connections in the world will reach 20 billion to 50 billion in 2020, which will open the new blue sea for the industry.

According to the Ministry of industry and information technology department deputy director Li Wei introduced advanced technology, the domestic Internet industry after nearly ten years of development, the industrial system gradually formed, now including chips, components, equipment, software, system integration, operation and application, the networking industry is rich. The relevant authorities may soon release the product catalogue for the IOT industry. Now, the scale of domestic IOT industry has basically exceeded 930 billion yuan. From the regional perspective, the development of Internet of things in Bohai rim, Yangtze River Delta, Pearl River Delta and central and western regions is relatively concentrated.

The Internet of things terminal will be in bloom in 2018

The age of "the interconnectivity of all things" is gradually approaching. According to Vodafone announced the latest "2017 networking market barometer", in the Internet industry specific scenes of infiltration, ranking respectively for the public sector, healthcare, energy and public utilities; at the same time, the rapid growth of the future penetration respectively, energy, retail, medical.

With the advent of various terminals and applications, 5G, cloud computing, big data and other technologies are driving IOT applications including intelligent manufacturing, vehicle networking, industrial Internet and so on. Insiders pointed out that, at present, the application demand of the Internet of things is also upgrading in the whole country. It used to solve some simple application problems, but now it begins to solve the problems of industrial transformation and upgrading, the whole traffic trip, smart home, health insurance and so on.

Operators are regarded as one of the main drivers of the development of the Internet of things. At present, China Telecom has provided diversified solutions in the fields of intelligent water, intelligent parking, intelligent fire protection, intelligent manufacturing, intelligent elevator, intelligent air conditioning and smart car lock, providing abundant practical cases for NB-IoT technology business.

China Mobile will deepen the field of intelligent farming, smart home appliances, smart building, smart city, security monitoring, transportation and logistics, energy saving and environmental protection, and industrial field. According to Ye Lingwei, in order to expand the application of the industry, China Mobile will cooperate with many partners to initiate the China Mobile Internet of things alliance. In the direction of "open sharing, cooperation and win-win", we will promote the wide application of animal networking products and build the new ecosystem of Internet of things.

"The Internet of things has become one of the major industrial strategies in the world. China has become the most active market for the development of the Internet of things, and the government promotes industrial development by promoting operators to build the network of narrow-band things. " Yu Yifang, chief technology officer of ZTE, said that from 2017 to 2018, the product development and layout period is expected. From 2018 second and the third quarter, shipments of terminals and applications will be larger. It is expected that by the end of 2018, the terminal and applications of the narrowband Internet of things will usher in large-scale shipments.

Experts believe that the Internet of things is accelerating into a new stage of "cross boundary integration, integrated innovation and scale development". In 2018, the three operators' network will fully support NB-IoT. In the near future, there will be various kinds of narrow-band IOT products released in the near future. In 2018, the narrow-band Internet of things terminals will show a hundred flowers bloom.

Although the Internet has become a strong industry chase, but experts have pointed out that the development of the Internet of things is also facing market fragmentation, business model, industry standard fuzzy incomplete, technology commercialization is not perfect and so many challenges to overcome this difficulty, the need to unite all aspects of power industry. In the era of opening, opening and cooperation, the cooperation from the value chain to the construction of the ecological circle will become an irresistible trend.

The Internet of things has been developing for many years in China, but it has been not so hot before the outside world. In this regard, ZTE networking platform product line general manager Ma Jin said, networking business whether the development or maintenance operations are very difficult, very difficult to scale the level of sustainable development, if a networking business in accordance with the heavy investment, development and operation mode of heavy asset investment, get the first year can achieve business development. But the latter may have no more funds to support the long-term operation, many business networking are dead in the same period. The industry can take the platform cooperation mode in the future. Vertical industry developers cooperate with professional Internet of things platform, so the innovation, input and operation and maintenance threshold of IOT business will be low.

The ecological cooperation platform of the Internet of things is becoming a hot spot in the distribution of all walks of life. Recently, ZTE in Shanghai released a new generation of networking platform ThingxCloud cloud, a major feature of it is to eliminate the IOT application before independent separate deployment of construction mode, reduce development difficulty, save operating costs, to help partners to focus on the development of user application needs.

At home, apart from ZTE, other telecom operators, network equipment providers, terminal manufacturers, cloud computing vendors are also competing to launch their own different Internet platform. CITIC investment research report believes that the current Internet of things platform is numerous, the whole industry chain is involved, but the focus of the parties is not the same. Among them, the market of the solution platform is huge, but the competition is intense. At present, the fragmentation situation is showing. It is expected that the manufacturers with the comprehensive R & D capability of hardware and software will have relative advantages.