Home About us Industry information Product promotion corporate culture news
What inspiration does the United States give to China's semiconductor industry by cracking down on Huawei?  (2019/5/31 14:54:39)

What inspiration does the United States give to China's semiconductor industry by cracking down on Huawei? 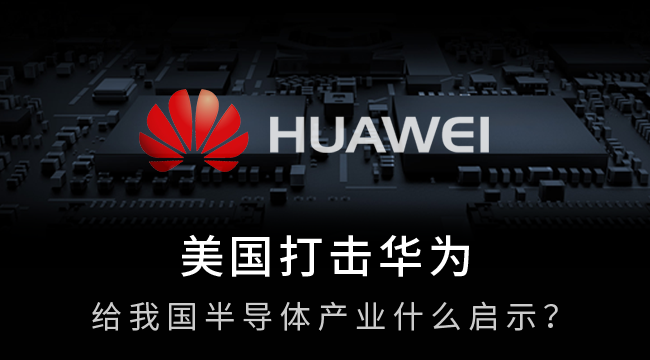 Looking back on this May, the Trump Administration of the United States launched a third round of tariff increases on Chinese goods, and China had to take measures to fight back. The expansion of trade disputes between China and the United States has deepened the uncertainty of the global economic situation, with great fluctuations in the stock market, foreign exchange market and commodity market.

However, the US's crackdown on China is not confined to the economic sphere, but to China's high-tech industries, and the US has deepened its export and technology control. On May 13, the U.S. Department of Commerce placed 12 entities and individuals on the list of bans on the export of sensitive technology and other goods from the United States, six of which were related to the mainland of China.

In fact, the U.S. strategy to suppress China's science and technology industry has long existed, and Trump's government has only imposed stricter sanctions along the old road. The recent actions of the United States can be said to be no face-saving or cover-up, which also makes the essence of the so-called "trade war" self-evident.

Then on May 16, the United States listed Huawei, China's largest supplier of telecommunications equipment and mobile phone manufacturer, as a so-called "physical list", forbidding Huawei to obtain components and related technologies from American companies without the approval of the U.S. government. After the sanctions were issued, important suppliers such as Intel, Qualcomm, Broadcom and Scarlett were forced to stop supplying Huawei one after another. In addition, Google and ARM were forced to suspend some business contacts with Huawei, thus both hardware and software of Huawei were restrained.

Specifically, the cessation of U.S. suppliers'supply to Huawei will make it impossible for Huawei to take new orders, and the maintenance of its existing equipment will be unsustainable, which will have a significant impact on its operation, especially in the overseas market. At the software level, the suspension of Google's cooperation will deprive Huawei of its Google service suite for mobile phones sold overseas, thus losing the foundation for competing for overseas markets. The interruption of cooperation between ARM and Huazhong will have a profound impact on the development of Hess Kirin processor in the future, and the resulting intellectual property problems may also make it impossible for TSMC to replace Hess OEM chip.

In response to this grim situation, Huawei actually indicated that its spare tires would be corrected as early as the 16 th U.S. sanctions. For some key components, Huawei also stockpiled a lot of stocks for the winter. At the software level, Huawei released the Ark Compiler in the early days, and recently it has come out that Huawei has its own operating system to replace Android. From this point of view, Huawei has a clear understanding of the current situation and is fully prepared to maintain normal operation for at least a year or two. 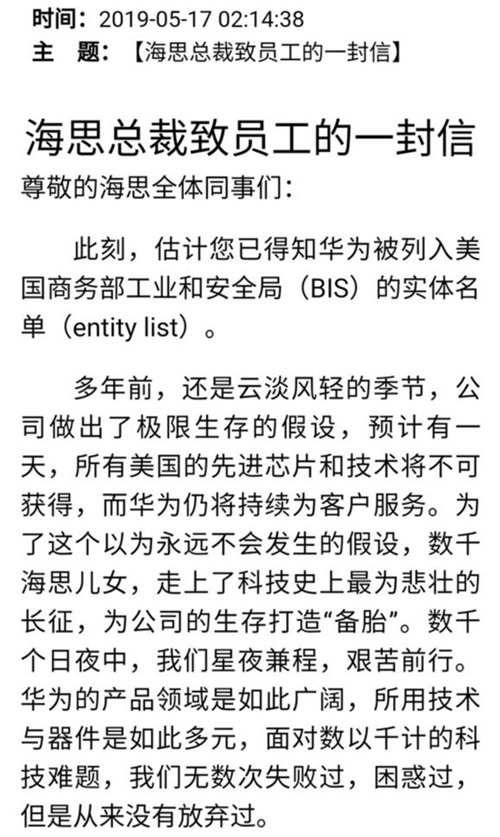 At present, the U.S. sanctions against Huawei provide a 90-day buffer period, but this is also from the perspective of U.S. suppliers, to give them enough time to adjust their business. But in any case, failing to do Huawei's business has affected the share prices of many U.S. chipmakers, and the Philadelphia Semiconductor Index has continued its downward trend since this month. From a broader perspective, since the beginning of this year, the global semiconductor industry has entered a recession cycle. The ban on Huawei is not conducive to the market recovery in the second half of the year. All the costs will ultimately be paid by the entire industry chain. 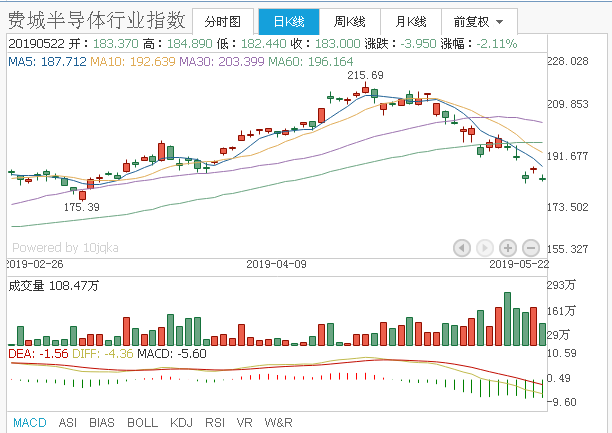 Naturally, the United States knows all the consequences mentioned above, but even so, it has issued sanctions against Huawei, which shows that the United States is determined to resist. Huawei's current plight undoubtedly reflects the fact that chips in China are heavily dependent on external supply. This is Huawei's boycott, so in the future, all Chinese manufacturers of science and technology products may face the US embargo. How to solve the pressing problem?

Last year, when ZTE was sanctioned by the United States, we briefly analyzed the situation of "China Core". [Read from this link: What is the difference between ZTE being blocked and "shock" China Core? 】 The basic point is that the key links, such as EDA tools and silicon wafers, are almost blank, while the wafer technology is slightly better. At least, the local SMIC factory can enter the process within 20 nm. In addition, the local back-end sealing industry is a bright spot. But looking at the whole, it is an indisputable fact that the self-sufficiency rate of chips in our country is low.

So after another year, what progress has been made in the local semiconductor industry? It can be said that the local chip industry has made great progress. Firstly, in the field of memory, the Yangtze River Memory will produce 64 layers of NAND. In the field of OEM, Zhongxin International now breaks through the 12-nm process. These are important breakthroughs, proving that the local semiconductor industry has been growing under pressure and constantly striving for self-improvement.

The technical routes of flash memory factories around the world show that Changjiang Storage will produce 64 3-D flash memory in volume this year, and will progress to 128 sources next year: TrendForce.

However, in the context of the expansion of the Sino-US trade war, the pressure from the outside world can be imagined to be greater, and how to go in the future is a problem. At this stage, first of all, we should fully realize the reality of low self-sufficiency rate of semiconductor in our country. In the case of mobile phones, SoC, baseband, RF front-end, analog devices and memory have always been dominated by foreign suppliers, a large part of which are American companies. In order to get rid of the suffering of "being subjected to others", the local semiconductor industry must carry out its own research and development. 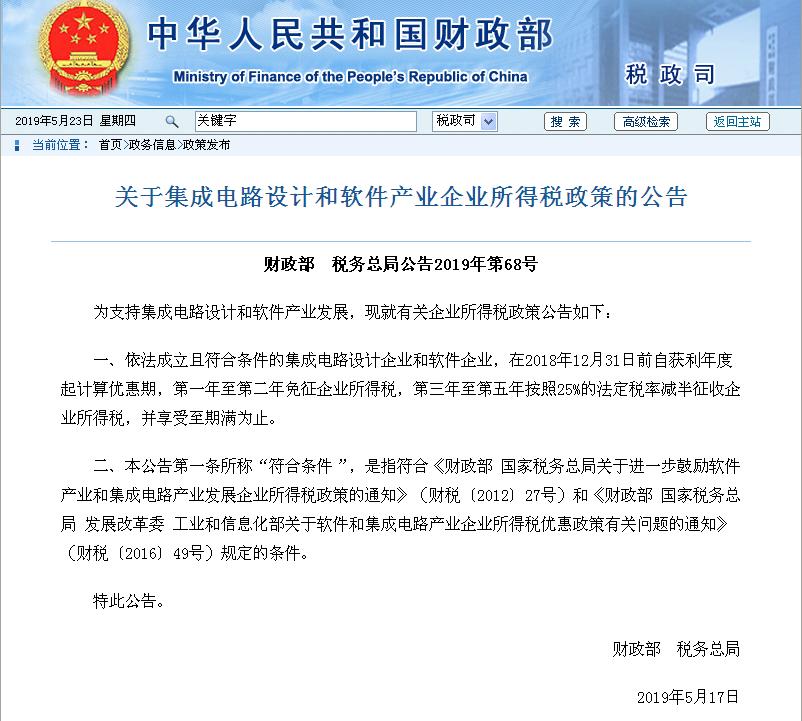 However, since this year, the United States has stepped up efforts to suppress the development of China's science and technology industry, which also makes the local semiconductor industry have to consider the future development direction more carefully. Compared with blindly expanding production capacity and increasing imports of various types of equipment, it may be a more practical choice to stuffy research and development and optimize yield. After all, only our own technology is solid and the rate of good products is passable, can we effectively improve our chip self-sufficiency rate. Blind "bigger" will not only be helpful in reality, but will be more conducive to the "sniper" of the United States because of its too big goal. Once the U.S. embargo on equipment is launched, orders from local semiconductor manufacturers will not be delivered, existing equipment will not be maintained, existing production lines will not be able to import raw materials, without output, advance inputs will be wasted.

Finally, it concludes that the Trump Administration's imposition of a tariff stick and a compulsory equipment embargo on China is totally detrimental to the development of the United States itself in the long run. In particular, the imposition of sanctions on Huawei and other enterprises by the United States, although ostensibly overbearing, also reflects that the progress of China's science and technology industry has made the United States afraid. At this critical moment, China's semiconductor industry is both a challenge and an opportunity. Practical, low-key, good technology, focusing on the quality of development, and improving China's chip self-sufficiency level will be the development focus of the local semiconductor industry.